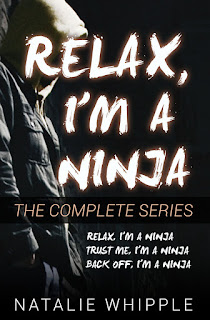 Maybe my next beginning will start soon. Maybe it will be years. But at least I've learned enough through all this madness to know what's really important in my life. I've also learned, finally, how to wait. And I've grown enough to recognize the quietest times in my life are the ones I treasure most.
Posted by Natalie Whipple at 8:44 AM 9 comments: