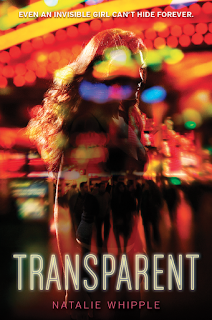 An invisible girl is a priceless weapon. Fiona’s own father has been forcing her to do his dirty work for years—everything from spying on people to stealing cars to breaking into bank vaults.

After sixteen years, Fiona’s had enough. She and her mother flee to a small town, and for the first time in her life, Fiona feels like a normal life is within reach. But Fiona’s father isn’t giving up that easily.

Of course, he should know better than anyone: never underestimate an invisible girl.

***
"Fast-paced, fun, and so original I was downright giddy, TRANSPARENT is a truly awesome debut from an author destined to be on my auto-buy list." —Rachel Hawkins, owner of best awkward foreign cover EVER. (And NYT Bestseller) 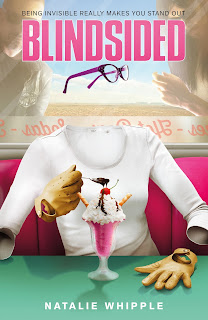 Blindsided (sequel to Transparent, from Hot Key Books)
What price would you pay just to look in a mirror? It's junior year of high school, and Fiona has definitely had enough of being invisible. It's pretty hard to have a normal relationship when the only photos of her and Seth show him kissing thin air. On top of that, old Arizonan gang tensions are threatening to spill over at any minute, which could put them all in serious danger. So when Fiona realizes that she and her friends know something that could change everything, she has to decide whether working with the criminal syndicates is too high a price to finally be seen.

House Of Ivy & Sorrow (from HarperTeen) 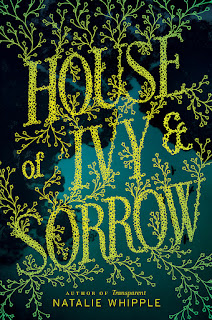 Josephine Hemlock has spent the last 10 years hiding from the Curse that killed her mother. But when a mysterious man arrives at her ivy-covered, magic-fortified home, it’s clear her mother’s killer has finally come to destroy the rest of the Hemlock bloodline. Before Jo can even think about fighting back, she must figure out who she’s fighting in the first place. The more truth Jo uncovers, the deeper she falls into witchcraft darker than she ever imagined. Trapped and running out of time, she begins to wonder if the very Curse that killed her mother is the only way to save everyone she loves.

"I can sum up this book in one word: COST. Everything in Natalie Whipple's HOUSE OF IVY & SORROW has a price. Every spell requires a sacrifice. But that's not where the price tags end. What is the price of a relationship? A friendship? A friend's life? And secrets. Secrets have the highest cost of all. A wonderful, dark tale of witches who feel all too human. Loved it!"

—Aprilynne Pike, bestselling author of awesomeness, creator of theWings series, along with Life After Theft, the Earthbound series, and the upcoming Sleep No More

"Heartwarming, dangerous, and enchanting: Natalie Whipple's HOUSE OF IVY & SORROW offers a delicious tale filled with sacrifice, a terrifying villain, and so many people I'd love to call friends. It's better than pudding!" 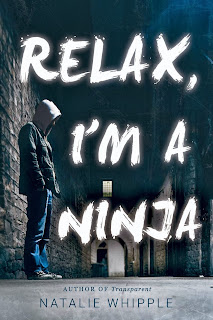 
A Clan of ninjas in San Francisco may sound improbable—but as the son of a ninja master, Tosh Ito knows what lurks in the shadows of his city. Or at least he thought he did.


"A fun and exciting melee of romance, roundhouse kicks and espionage that will keep you guessing until the end." 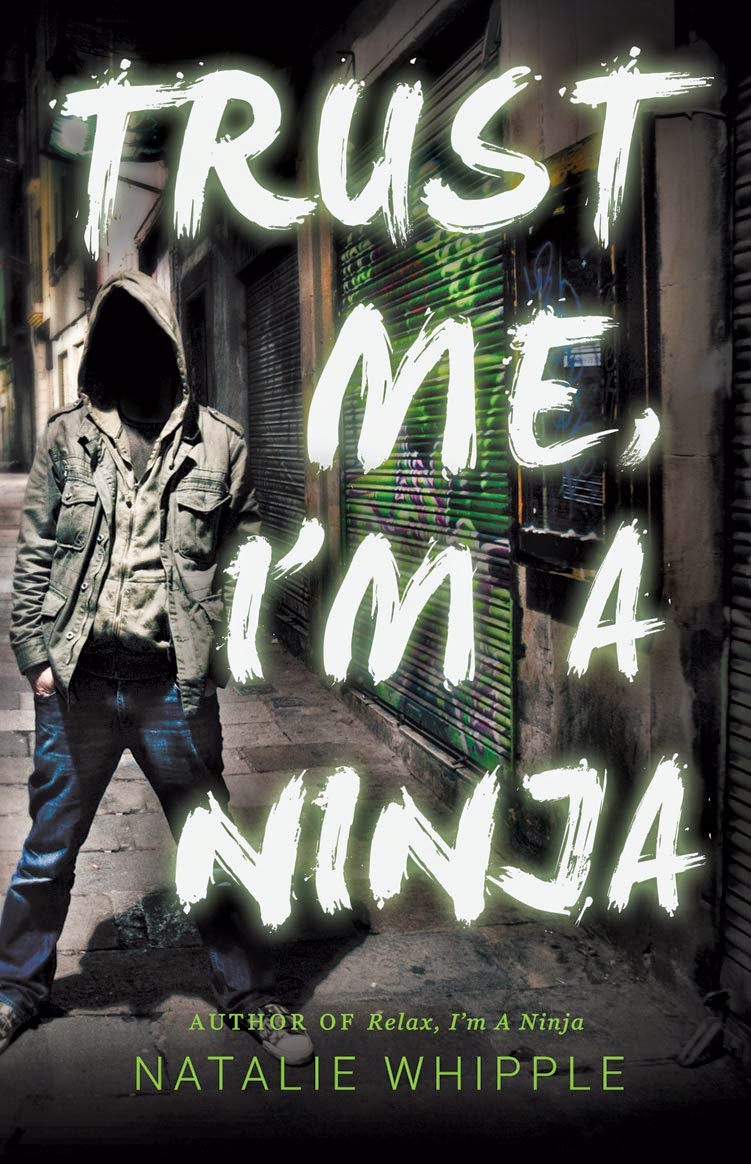 Trust Me, I'm A Ninja (from Whipple House Publishing)
In the exciting sequel to Relax, I'm A Ninja, life hasn’t exactly been rosy since Tosh Ito and Amy Sato rid San Francisco of the Akuma Clan ninjas. They still can’t control their powers, and no one really knows how to train them to be Inyo. Adding to their problems, Amy is distant and depressed and won’t say why.

Before Tosh can figure her out, the Akuma Clan makes a comeback. A gate to the kami realm is opened and strange creatures roam the city, causing chaos. Only Tosh and Amy can stop it, but they don’t know how, and they haven’t got time to learn. The gate is getting bigger, and something dangerous is waiting on the other side. Something hungry for the soul of an Inyo. 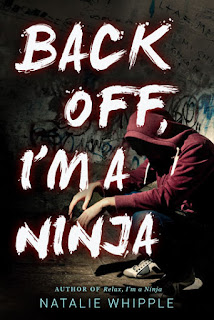 Back Off, I'm A Ninja (from Whipple House Publishing)

Sometimes it sucks being a ninja. Still reeling from their disastrous face-off with the demon Akuma, Tosh and Amy are desperate to get stronger. They gained a small victory last time, but the price was too high, and it keeps getting higher. Akuma isn't taking any chances. While he hunts the Inyo's ancestors in the kami realm, his ninja clan targets their living relatives. Each soul consumed weakens the Inyo more, and one devastating blow threatens to take them out of the fight completely. With family dying in both realms, Tosh and Amy are running out of options. Unless they can discover a new source of strength, they will be forced to do the unthinkable: Sever their connection to buy the living realm some time, or lose their souls-and everyone else's-to Akumal. 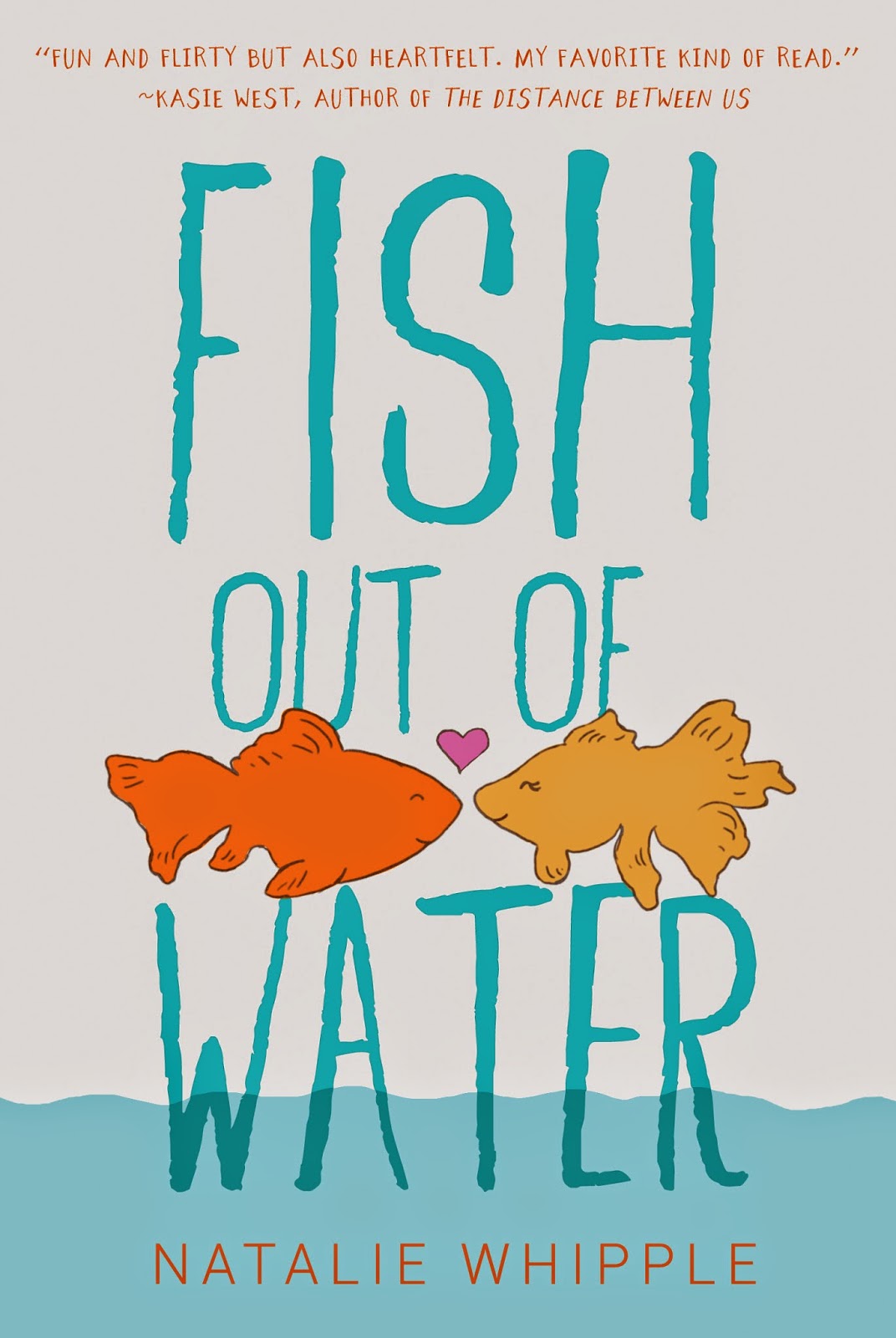 Fish Out Of Water  (from Hot Key Books/Whipple House)

"People like to think fish don't have feelings – it's easier that way – but as I watch the last guppy squirm in his bag, his eyes seem to plead with me. I get the sense that it knows just as well as I do that bad things are on the horizon."

Mika Arlington has her perfect summer all planned out, but the arrival of both her estranged grandmother and too cool Dylan are going to make some very big waves in her life.

Told with Natalie Whipple's signature whip-smart wit and warmth, this is a story about prejudice, growing up and the true meaning of sticking by your family. 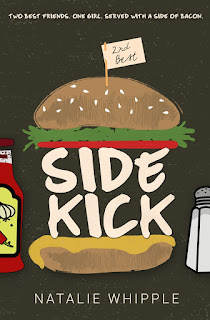 Sidekick (from Whipple House)
Russ is tired of coming in second to his best friend, Garret. Whether it’s in sports, in school, or with girls, he can never get ahead. Something has to change, and when a new girl comes to town he sees his chance. He has to win her over before Garret does, but proving he’s not second best won’t be easy when Garret is a pro.

Russ will do anything to beat Garret, including using his little sister to get closer to the new girl. He has to be careful, though, because if anyone at school finds out he attends anime night (and he might even enjoy it), it would ruin his reputation, just like his secret love for cooking and James Taylor.

But pretending to be something he isn’t will catch up to him eventually, and Russ can only get away with living two lives for so long. As more than one friend reveals they aren’t who they seem, Russ must figure out what and who he really wants in his life. And more than that, he needs to find the courage to make it happen. 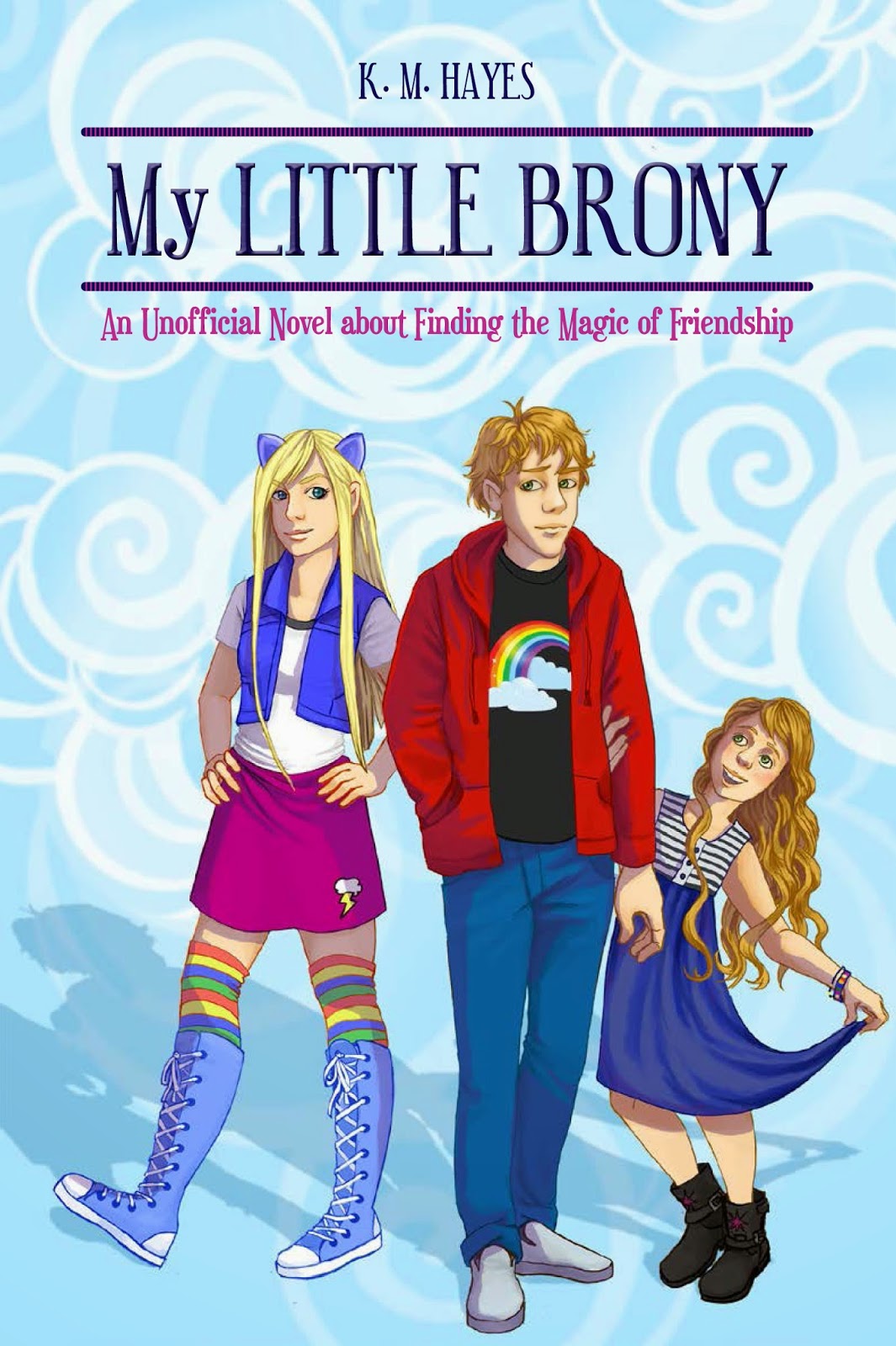 My Little Brony (Under K. M. Hayes)
Drew Morris doesn’t just feel like an outsider in his football-crazed Texas town—he actually is. He sucks at sports, even though his dad is the high school football coach. And his supposed “teen growth spurt” has yet to be seen, so he’s sure his freshman year will be filled with seniors stuffing him in lockers.

However, Drew is spared from the bullying he expects. Instead, a girl named Skye—who constantly dons horse ears and talks about My Little Pony—becomes everyone’s target. Drew feels bad for her, but he’s not about to stand up and take her place. At least not until he discovers what these My Little Ponies are all about.

Babysitting his younger sister one night, Drew is forced to watch My Little Pony: Friendship Is Magic. Much to his surprise, he finds himself actually paying attention to the show . . . and maybe even wanting to watch another episode after his sister is in bed. As school drags on, lonely and boring, he keeps sneaking episodes on his tablet until he has watched every single one. Not only that, but he’s even started drawing the ponies in his spare time. He knows if anyone finds out how much he likes the show, he’ll be a dead man walking like Skye.

As it becomes harder to keep his secret while he has to watch Skye get bullied for the one thing that has made him happy all year, Drew faces some important choices. Read about Drew’s search for friends and self-acceptance in My Little Brony. 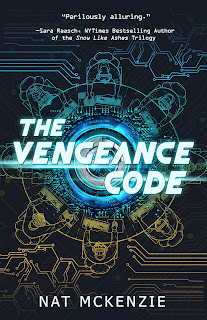 She’s a nobody in the bunker, struggling to survive.
He’s the heir to a fortune, determined to follow in mother’s fatal footsteps.
Only she knows her father was murdered, his code stolen.
His father’s virtual reality program kills people.
Linix can’t possibly trust the heir of the man who destroyed her family. And Cache can’t accept a position in an industry that kills its customers. But when the only thing more dangerous than the games is not playing them, they’ll have to figure out how to win. Together.

"Whipple balances epic esports and fast-paced arena matches with the all-too-familiar brutality of class segregation and violent prejudice. Anyone who’s ever wanted to escape reality will find THE VENGEANCE CODE perilously alluring."