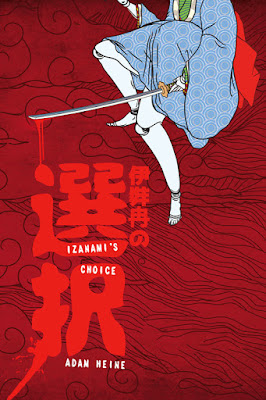 Back Off, I'm A Ninja: Release Day!

It's officially official! Tosh and Amy's story is completely written, and now you can read it all. If you want. Not mandatory reading or anything.

It feels good to have finished. The writing was hard and took every last bit of resolve I had in me, but looking back at what I have done gives me a sense of accomplishment.

I know the series isn't super well read (I see the sale numbers you can't tell me it is). I know it'll never be some bestseller. But Tosh's story was an important one for me to see through for myself, and I'm happy there are some other people out there who have enjoyed it thus far. Thanks for your eyes on my words—truly it means a lot to me. 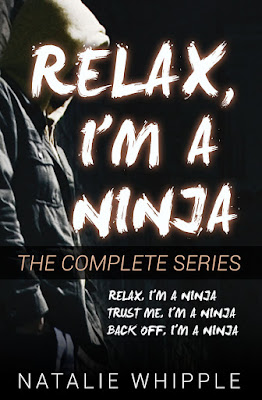 And if you're looking for the Complete Series, I've made an ebook bundle that'll get you a good deal on ALL the books in one easy reading format:
Amazon
Barnes & Noble
Kobo
iBooks

Here's to new adventures and new stories! Yes, despite all my melancholy, despite all the struggles, I'm still writing and I still have a smidgen of hope that I'll be able to share those stories with you someday. I just need to run into a heaping of luck.

But in the mean time, I have left you with NINE novels to read. I think that's not so bad. It was more than I ever could have dreamed as a young teen writer who thought just ONE novel would be epic.

I wish I could write Teen Natalie a note: "You did it. Wasn't easy, but you did it."
Posted by Natalie Whipple at 3:00 AM 7 comments: