My Life In Google Searches

It's about time for another round of My Life In Google Searches. I like this new feature of mine. It's easy.

• How to cook an artichoke
• Jaundice
• Rash all over baby
• How many extra calories while breastfeeding?
• Goldfish has swim bladder
• Alzheimer's
• Natural mood boosters
• Newborn baby pee
• Newborn bloody spit up
• What not to eat while nursing
• Rose care for beginners
• When is Mother's Day?
• Red Snapper recipe
• Karate class prices
• Rhubarb recipes
• LDStorymakers Conference

Clearly, there is a strong baby trend here...
Posted by Natalie Whipple at 11:16 AM 11 comments:

One Foot In Front Of The Other

Today I attempted to exercise for the first time in many, many months. It was rather comical to me, seeing as I could barely walk at a moderate pace without getting winded. This time last year I was in the best shape of my life, and now I'm two weeks postpartum and feeling every bit of it.

Yesterday was the first time in many, many months that I decided it was time to write again in earnest. I've been playing around, but it's time to get another book finished, time to commit to a project no matter how hard it gets. So I wrote a page, and it wasn't easy, even though there was a time where I was writing books in under a month's time.

Basically, it could be really easy to get discouraged right now.

I'm nowhere near where I used to be, but that doesn't make my efforts invalid. I think sometimes we get overwhelmed when we falter on the path, however noble the life circumstances that may cause the setback. I mean, I had a baby—I'm not about to beat myself up over that! But I also don't see it as an excuse to stop moving forward.

So for now I'm putting one foot in front of the other, and I'm determined to be proud of every step I take.
Posted by Natalie Whipple at 10:24 AM 17 comments:

It's been a few months since I did one of the only regular features on this blog: Q&A Day! So bring on your questions, and I will answer them in comments as quickly as I can. Please note that I am typing one-handed, since there's a baby in my other:) 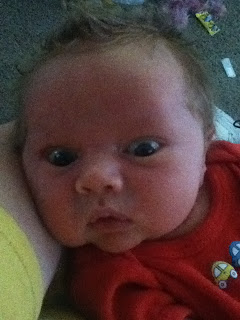 The Advice I Give To Writers Now

So, I'm having a baby tomorrow! Very excited, but suffice it to say I probably won't be around much this summer. I hope you will stick around nonetheless, even though my posts will be fairly sporadic.

When you get to the "Going To Be Published" phase of this whole writing journey, people constantly ask for advice (both writers and non-writers). Which is fine. I like giving advice actually, though I usually pad it with a lot of disclaimers about how every path is different and you have to find what works for you. But what's interesting is that my advice is always changing, mostly based on what I'm going through at the time.

Today I wanted to share the advice I've been dealing out lately. I figure that's a good way to leave the blog while I get used to having three kids.

• Publishing won't make you love writing more. I know the goal for many writers is to publish—it was my goal, too—but I try to emphasize to unpublished writers these days that publishing doesn't fix whatever emotional struggles you face on the journey. Yes, it's great to know my book is coming out next year, but it also doesn't make it magically easy to write. It doesn't bring me as much validation as I thought it would; in fact, I still constantly feel like a noob or a fraud or just plain insecure. If you can't find it in yourself to love writing now, nothing will fix that except digging inside yourself and figuring out why.

• It's ALWAYS about the next book. Some things change constantly in publishing, but one thing remains same: There's always another book to write. If you really want to be a writer, you should always be working on another book. When I was querying, I took this advice to heart...maybe too much, since I got an agent with book #8. When I was on submission to editors, I still wrote other books. Which turned out to be a good thing because I didn't sell book #8—TRANSPARENT is book #10. And guess what? Even after I sold, I had an option book to figure out. So it was a good thing I had two other books I'd written post-TRANSPARENT to show my editor.

Even now, after my contract has been settled, I still want to sell more books, which means I have to write them! Usually now when a writer is telling me their troubles, I sympathize, but I always ask if they're writing something new. If they're not, I tell them to start. Putting that hope into the future somehow fixes things. Focus on the writing—everything else falls into place when you do that.

• Write what you love. Maybe it's not marketable. Maybe it's just plain weird. Who cares? Losing your passion for writing and stories is far worse than not being published, trust me. That is what creates the misery. Don't try and fit into a box that can't hold you. Don't worry about what everyone else is doing. It's really not worth it. Own your voice. Find the right place for it. And be happy about that place.

And...that's about it! My advice has gotten pretty simple these days. I'm not sure where all the zen is coming from, but I'm not about to question it. I've spent the last six years having a massive angst-fest over all this stuff, so it's nice to finally be in a place where I'm just happy with my situation. Far from ideal as it is, it works for me. Hooray for good places. I hope you can find yours.

Are We Still Dreaming Of Power Wheels?

If you were an 80s or 90s kid, it's likely that you remember Power Wheels. To a poor kid like I was, these babies were like the Holy Grail of toys. I'd only ever seen them in commercials or at the store. No one I knew had one. I was smart enough to know I'd never get one, but dreamed about what it would be like nonetheless. I mean, it's a CAR. What kid doesn't want to drive their very own mini-sized car? I remember dreaming about how cool I'd be if I had one, how all the kids in the neighborhood would want to play with me.

And then my cousins got a Power Wheels jeep.

Oh, I was jealous. I think my little brother was even more so. It wasn't fair—they got everything! And that wasn't an exaggeration. At the time, they had way more money than my family, and it seemed like every time we saw them they were waving some new toy in our faces. As a kid, it's hard not to wonder, "Why can't I have those things? Why do they get everything? Why is life so unfair?"

I like to say that the biggest lie of adulthood is that it's somehow drastically different from being a child or teen. Well, so far it's not. I'm only 28, but seriously, I've been relearning the same lessons I have since I was a kid.

Maybe I don't care about Power Wheels anymore, but being jealous and feeling "lesser" over an object or achievement or opportunity is not something I've outgrown. And you know what? I see a lot of adults acting as petty as jealous kids when they see someone else get what they want. Me included. The Power Wheels turn into designer clothing or making sports teams or getting kissed first. It turns into getting into a prestigious college or buying a house or getting that promotion.

And yes, of course I'm applying The Power Wheels Principle to publishing.

Because there is a Power Wheels mentality, a publishing scenario we all dream about—a multi-book deal for a butt load of money from a major Big Six house, with marketing and tours and high profile blurbs and foreign sales and every bell and whistle imaginable.

It sounds a little ridiculous, maybe even childish. But I've not only gone through my own full on, year-long, adult tantrum over not getting my Publishing Power Wheels, I've seen a lot of other writers do the same.

It's so easy to be blinded by that jealousy, to wonder why so-and-so got the Big Fancy Deal and you didn't. Unfortunately, there's no real answer, just like there was no reason my cousins "deserved" a Power Wheels more than my brother and me. They just got one. And we didn't. That's it. Looking back, I know that said nothing about my value as a child, even though back then it felt like it did.

And the biggest secret of all?

Power Wheels weren't that great. When my cousins let me have a turn on theirs, I was surprised at how slow that thing was. And the batteries didn't last long. And my old bike actually could go faster. Turned out the Power Wheels jeep wasn't as great as I thought it'd be. It was still a cool toy, but it was only a toy. Just like my other toys, but with more hype. Once I saw the reality of it, I realized my jealousy had been vastly misplaced.

The same is true for publishing. Yeah, Power Wheels are still cool, but they come with their own drawbacks, too. We can either let the "glamour" of them consume us, or we can realize that our value doesn't have a price tag. There are so many other ways to publish, so many other toys, some of which may fit you better than a Power Wheels anyway. Rather than pouting over who gets what and why, isn't it better for us to share and enjoy?