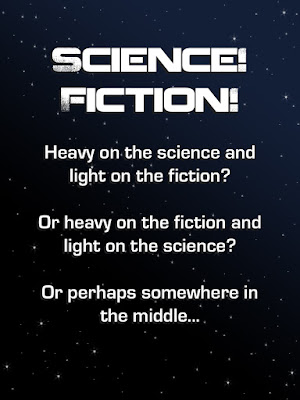 And remember: It's fiction. Plus science. As long as you have the two in some combo, you have Science Fiction. Be proud of it, wherever it lands on the spectrum between the two words.
Posted by Natalie Whipple at 10:15 AM 4 comments:

Find Other Joys That Don't Include Words

Yesterday, instead of heading out in my garden like I usually do, I sat down with a sweet young writer to give her some tips about the publishing industry and all the different paths out there. It was a great talk, but I found myself restless and cranky the rest of the day.

I couldn't put my finger on why—and then I went out in the warm evening to weed one of my many garden boxes. It was the peas' turn to get cleaned out from all the little grass and weed buds growing in their territory.

As I picked away, the tension I'd been holding all day dissolved. So that was the answer: I hadn't been out in the garden.

It's becoming a habit, a much-needed balm, for me to send my kids off to school and then march myself out to my yard to work. I prune and weed and plant. I tend to my chickens. Listen to music. Absorb that inexplicable peace a person gains from being outside in nature.

None of it is easy (especially being now 6ish months pregnant), but there's something about this work that orients my soul each day. It gives me time to think away from a computer screen. It makes me feel ridiculously accomplished. I get a great workout. And at the end of the work comes delicious things to eat!

This is all to say: It never hurts to have other things in your life that aren't writing. While I love making stories, that work is dependent on having something to write about. Some of the best things I've done for my writing don't have to do with writing at all—they have to do with long breaks, learning news things, and living a life that is more than the words I put on the page each day.

So if you find yourself struggling to write, don't be afraid to...stop for a little. Don't be afraid to invest in other aspects of your life. They will all come back to helping with the books. I promise.
Posted by Natalie Whipple at 12:08 PM 3 comments:

You Don't Have To Want Everything

When I was a little baby writer, I began going to conferences and soaking in the advice of others. So much of it was valuable and helped me grow as a writer and find my own process of writing. But there were other tidbits, the off sentiment, that embedded deep into the destructive, self-doubting side of my psyche. Standards that I somehow determined made me a Real Author versus not a real author.

For some it's the "You have to write everyday to be a real author" that gets them. For others it's the "Only writers of 'serious literary fiction' are real authors." But for me, little did I know that it was this one that got me in the end:

"You have to be ambitious, profitable, and recognized by others to be a real author."

You have heard this, as I have, in many forms. Perhaps you went to a class that drove home the importance of having an agent, and it made you feel like less of a writer for not having one. Perhaps you are indie, and you go to conferences only to hear over and over that you can't be truly successful if you aren't traditional...even though you are selling well you suddenly don't feel you are taken seriously.

Or maybe you love writing as a hobby, and moving towards a professional writing career feels like you'll lose more of the magic than you want. So you drag your feet towards a professional career because it feels like that's what you're *supposed* to do to be a Real Writer. Or maybe you have published quietly and you feel pressure to be bigger, more important, more...whatever.

There was once a time in my life when all I wanted was one book on one shelf that I could see. That was the goal I had and wanted. Somewhere along the way, I got convinced I should want more. My tiny realistic dream was caught up into the riptide of You! Can! Be! Famous! I bought into it. Because I wanted to be a Real Author and Real Authors were ambitious bestsellers who took their careers seriously and put every waking moment into them. I don't know why my brain latched on this particular "How To Be A Real Author" lie, but I ran with it.

And I was miserable.

Because I could not make myself successful. I had no control over being a bestseller or getting all that recognition I thought I needed. Just like some authors kill themselves over not writing everyday or not being the "serious literary writer who wins awards" they believe they should be, I put myself in a misery spiral. If I couldn't make myself into the Real Author I thought I had to be...then what was I doing? Why was I still writing? Last year I was convinced I should quit and spent a lot of time trying. Then attempting to give the Real Author Of My Delusions one more good effort. Then giving up again...but this time with the intent of trying to understand this horrible cycle I kept putting myself through.

This whole time, I never wanted the things I thought made me a Real Author.

I've spent years. YEARS. So many years chasing what I thought would make me into a Real Author, without realizing there's no one way to do that. And it's only now that I've struck out on my own path that I see I don't have to WANT what the industry has told me to want all this time.