When You Don't Look "Right"

Today I'm gonna get a little personal, and on a topic lots of people shy away from for fear of offending people. I want to talk a little bit about race. 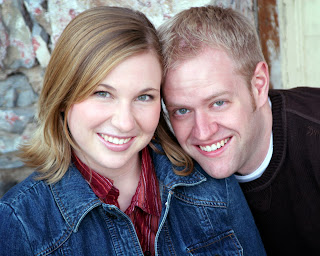 I'm posting this picture because many of you may not know I'm actually blond. This is my complete natural hair color with no dye—it was even lighter than this when I was a kid. I have green-blue eyes. I am very pale. By all counts and measures, I couldn't look much whiter.

And yet I'm Maori (the native Polynesian people of New Zealand). 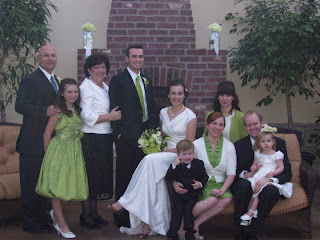 And this is my family:

They all have dark hair. They all tan much better than I do. My mom has the wiry Polynesian hair of her heritage, as does my brother and one of my sisters. When my siblings say they're part Maori, people nod and say, "Yeah, I can see that."

When I say I'm part Maori? I've literally had people laugh in my face. I remember as a child, dressing up in my grandmother's traditional Maori dress for Halloween. The kids at school didn't believe I was part Polynesian because I didn't look like what they expect from the word "Polynesian." It made me feel...like a phony, like maybe I really wasn't.

And at the same time I knew my grandmother was from New Zealand. She sang in her local Polynesian choir. She had an accent. She could dance and spin poi balls. She would sing lullabies to me, and some of them were in Maori. We had this picture of our chieftain ancestor, face tattoos and all, who my mom would say over and over I was related to.

Still, I never felt like I was allowed to "claim" this part of my heritage. As much as I wanted to, my appearance made me...reluctant. I would get strange looks from other Polynesian kids, like, "You don't belong here, look at you. You can't understand because no one judges you." Which is true in a lot of ways. And on the other side, white kids thought I was trying to take advantage of claiming a different race. Or they just flat out didn't believe me.

The worst instance I can remember was in college. There was a guy in my church congregation who mentioned he was going to New Zealand for field work in his major. I excitedly said, "My grandmother is Maori! She was born there!" He gave me this look that made me want to crawl under a rock, and he said, "Yeah right." I insisted, but the more I did the less he believed me until I was practically in tears.

Because my grandmother meant everything to me, and so did her culture. The idea that I wasn't allowed to be that part of myself...it still hurts more than I like to admit. Culture goes so much deeper than appearance—and people often make the mistake of judging people to be a certain way based on what they see. And it is a helpless feeling, to be told you are one thing and one thing only just because you happen to look a certain way.

No instance of people laughing about my Maori claims ended with an apology—except this one I just recounted. When that guy came back from New Zealand, he apologized for not believing me. He said he could see the Maori in me now that he'd spent more time around them, and he was wrong to judge me that way. I appreciated that apology. Since then, one of my sisters told me another boy I went to high school with mentioned how bad he felt about laughing when I said I was Maori.

Still, it's hard for me to say it sometimes, because I never know how people will react. Even now I'm wondering whether or not I should post this, dreaming up the kind of backlash I might get. But I learned something in college, when my mom's cousin encouraged me to claim my heritage and work at the campus multicultural center. I felt like I didn't have a right to do that, but Uncle Vernon asked me how I thought my grandmother would feel if she knew I wasn't proudly saying I was Maori.

She'd be ticked, was the first thing I thought. She'd march into the office and yell at everyone while simultaneously giving them my lineage. And that would be mortifying, but it made me realize that whether or not I looked "right," this was where I came from and no one could take that from me. And I will teach my very blond children the exact same thing, so that when we video chat with their much more Polynesian-looking cousins in New Zealand they'll know they come from that place, too.

This is why race "issues" are important to me. It is why I try to include diversity in my novels, because everyone deserves to see some of themselves in fiction and to be respected. I may "write it wrong" sometimes, but I'd rather try than be accused of not including other cultures at all.


Posted by Natalie Whipple at 8:36 AM