Paranormalcy In The Wild: Contest Winner!

So it's time to announce the winner for a FULL MS CRIT from me! But first, I just have to show you some of the amazing things Evie got to do and see these past couple weeks since being out there. You guys are so creative! And I'm sure all these pictures will make Kiersten smile. (Also, sorry if I don't post your picture—there were a lot!)

Evie liked to start her day at Starbucks: 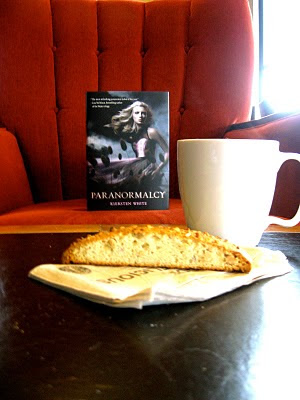 And after a nice refreshing beverage, it was off to visit new and exotic places: 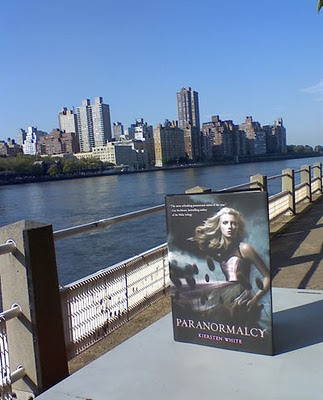 Like this...city. (Which one IS this? The entry didn't specify, but it's pretty!) 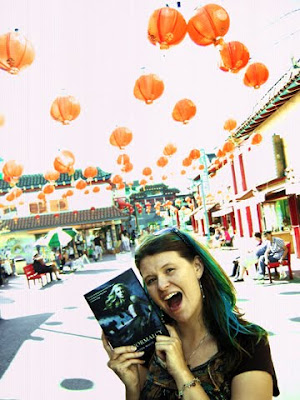 And Chinatown. (I'll admit I don't know which city's Chinatown, but LUCKY.)
And let's not forget AMSTERDAM. (Holy crow, I'm jealous of a book.)
But it wasn't all fun and games for Evie. Some people took her to work: 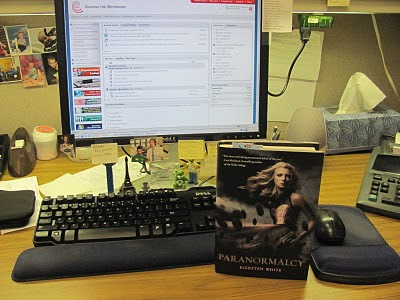 She sure spruces up the office space, though, doesn't she? 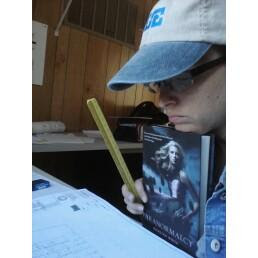 They even MADE her work for them!
Evie also got dragged to school, but I have a feeling she liked that very much: 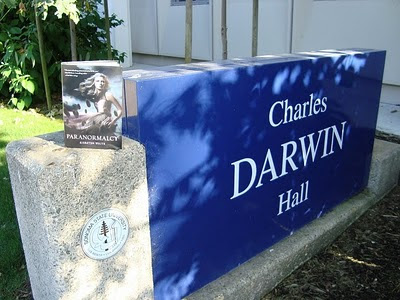 She looks like she's about to squeal, doesn't she? 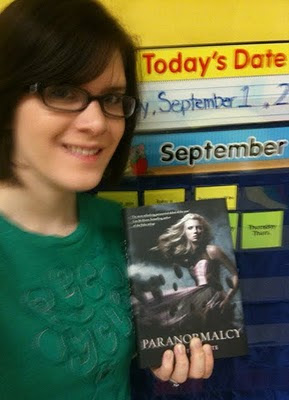 She even got to make a pink, glittery noodle craft project in elementary school.
After all that work, Evie was lucky to have the comfort of several adorable animals: 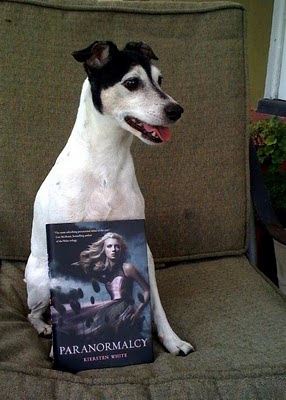 The cuteness is so relaxing. 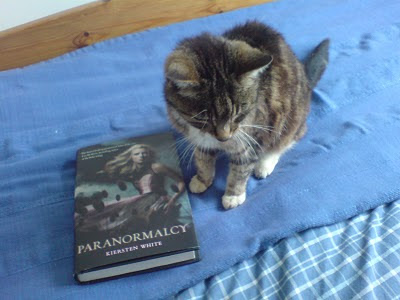 Look! Evie was lulled to sleep by the adorableness!
After such a refreshing nap, Evie was ready to get her party on. She spent the rest of her time doing a myriad of activities: 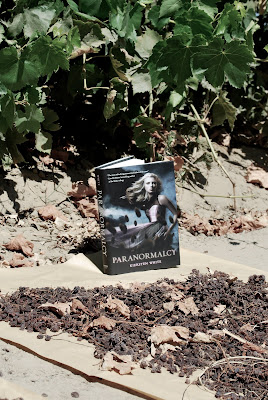 She always wanted to know how to make raisins. 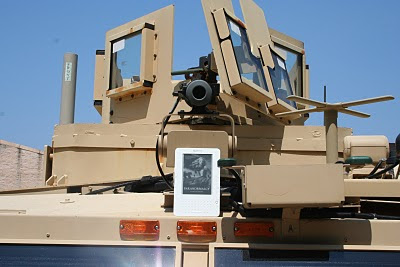 She tried her hand at tank driving. Fun, but not *quite* for her. 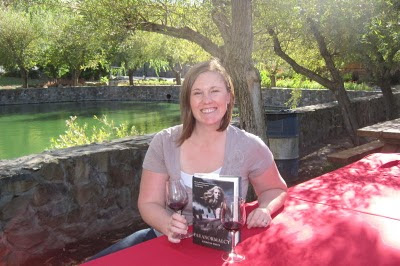 She went wine tasting, and surprisingly no one questioned her age. Then she danced the night away at a Boyz II Men concert! I had NO idea she was such a fan. (Maybe it was the wine.)
It's been a tiring but fun two weeks for Evie out in the real world! She can't quite believe how much people like her, but she's SO happy about it.

And now it's time to announce the winner of the contest! I know most of you probably just scrolled down this far to see, but that's okay.

Emily Barrus wins the full crit! Congrats, Emily! Also, Evie thanks you for taking her to target practice: 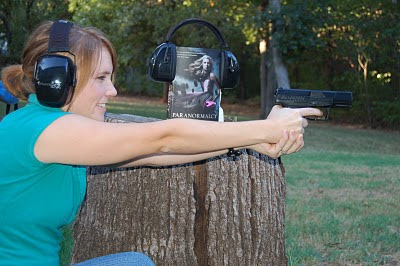 It was very considerate of you to help her gain new skills for her rather dangerous job.
Emily, email me and we'll work things out. Thank you to everyone who entered the contest! It was a blast seeing all your pictures!
Posted by Natalie Whipple at 8:50 AM