Things I Learned in San Francisco

I'm back! Did you miss me? Don't answer if you didn't. Four days without a computer was extremely refreshing, and now I have blog material! Yay! There are lots of pictures ahead, so I promise this post isn't as long as it looks (though it's still kind of long).

Things I Learned in San Francisco: A Comprehensive List

1. The streets are narrow. I pictured them much wider in my head, but it totally works out because the jumping distance is that much easier for a ninja. 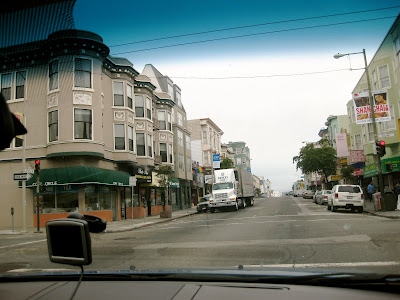 Tosh could totally clear that.
2. As is apparent from #1, I have a strange impulse to take pictures from the car. I got ridiculously excited just driving by things. 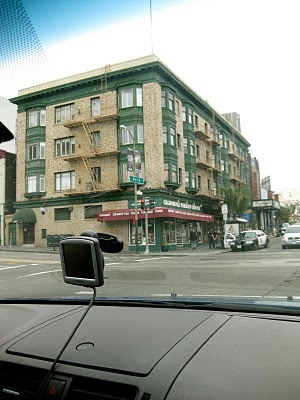 Look! A Building of no particular significance! IN San Francisco! 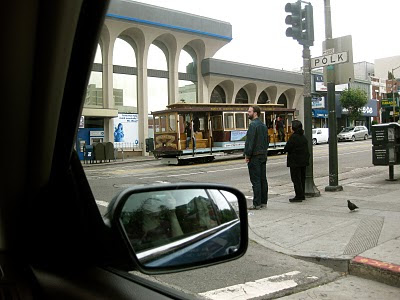 A trolley car thing! Just like the Rice-a-Roni commercial! It's REAL! 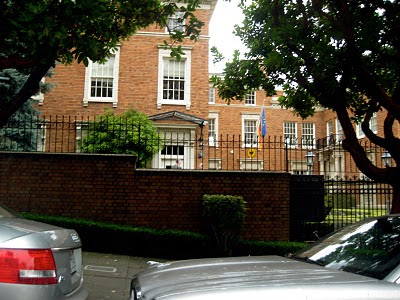 A random Private school in Pacific Heights! (Okay, this one is a little signicant because Tosh goes to a private school like this [but bigger] and it was PROOF my imagination was fairly accurate.) 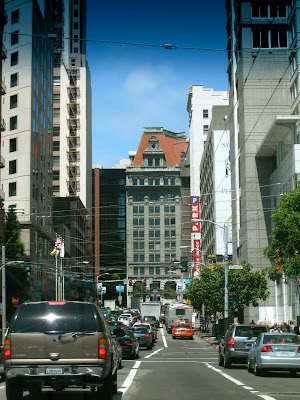 Downtown! I'm Downtown! There's a lot of cars!
3. I freak out when I'm surrounded by manga. Like, FREAK OUT. I honestly had to restrain myself from squealing, and Kasie kept laughing at me. 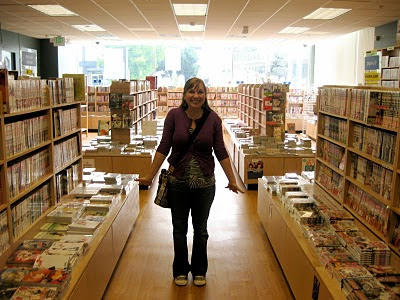 Kid in a candy store face. "Am I in heaven? I think I might be." The Kinokuniya Bookstore was two-stories of Japanese books. I could have spent all day there (someday I will).
4. GPS does not work very well in Downtown San Francisco. The rest of the city? Not bad. Just Downtown.

Kasie's GPS had the voice of Homer Simpson, so it was like Homer was our tour guide. You need to keep that in mind because it makes everything funnier. It went like this Downtown:

-Kasie drives straight because we have no choice-

"Turn around as soon as possible."

Kasie: Make up your mind, Homer!

Me: I think he might be drunk again....I know the Bay is to our left, just turn left as soon as you can.

Kasie: How do you know that?

Me: I'm a homing pigeon.

Kasie: Okay, if you say so.

(I was right, by the way. I totally kicked Homer's butt Downtown.)

5. There's a "Sekrit Beach" in San Francisco. Kasie's brother told us about it—that the locals go there instead of the more touristy one. Not only was it less crowded, but it had a waaaaaaay better view. 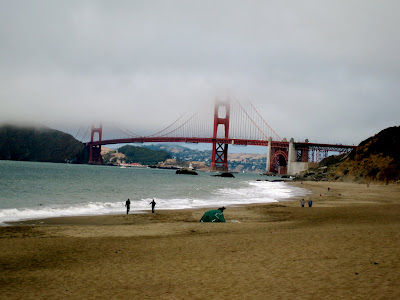 Hello, Sekrit Beach. I love you. You are beautiful. 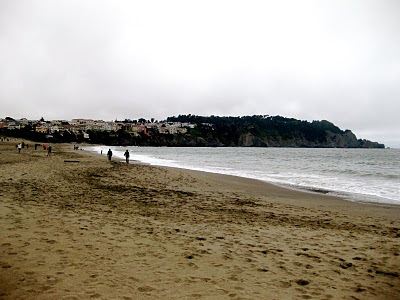 Also, walking on the beach is some good exercise. Also also, I'm not in shape. Thank goodness I'm used to about 5k ft altitude; it gave me a slight edge at sea level.
6. Bangs and San Francisco don't mix. 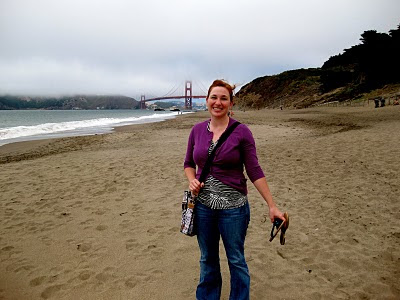 What I'm Thinking in This Picture: Smile, even though you know your hair looks horrible. Also, why in there world are those two girls doing a photo shoot in bikinis when it's so dang cold out here? And their photographer is creepy...I hope that's not as shady as it looks. 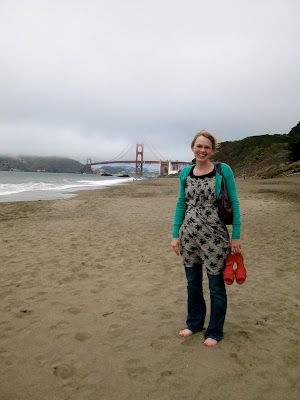 What I'm Thinking While Taking This Picture: Dangit, why does Kasie still look cute? No fair.
7. Driving in San Francisco causes Kasie to randomly break into "air typing." An example letter follows:

You are very beautiful, but it's really hard to see those street lights on the corners. I know the cables prevent you from making lights more visible, so you can't blame me when I don't see them. Honk, yes. Blame? No way.

This also goes for stop signs.

8. They aren't kidding when they say there's no parking. We spent about 30 mins trying to find a spot remotely close to this gelato shop—never happened. We gave up (don't worry we got some in Fresno).

9. Golden Gate Park is truly ideal for ninja training. Also, it's prettier than I remembered. 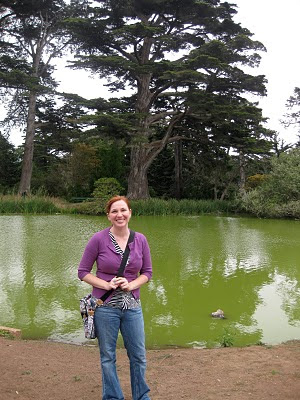 I don't know what makes this water so green, but it's awesome. And Tosh could easily climb that cypress tree behind me. 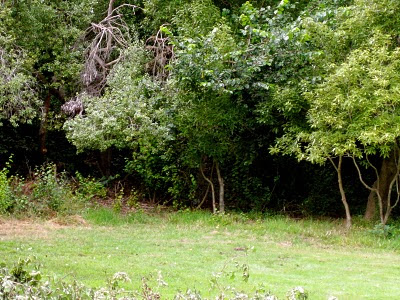 Do you see the ninjas in this picture? It's okay if you can't. For the most part, only ninjas can see other ninjas. 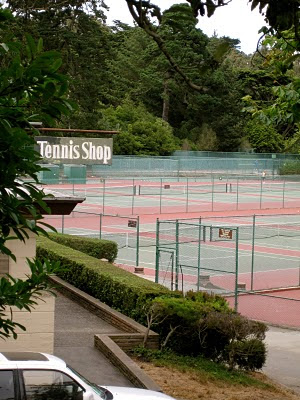 Some of you might know why I took this picture. Hopefully someday all of you will know.
10. Last but certainly not least, Nathan is the nicest, coolest agent ever in the history of all time. Okay, I already knew that, but it was still nice to meet him for reals! I know it might sound weird, but sometimes I still find it surreal that I really have an agent. 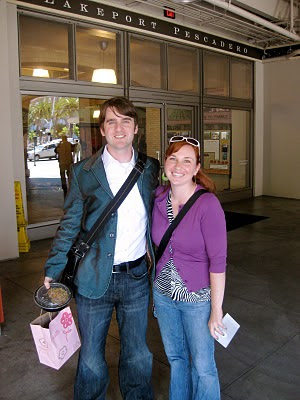 Eek! It's real! When did this become my life?
I could probably go on longer, but I think we'll stop there! San Francisco was a blast, and I can't wait to go back. Kasie and I managed to do a lot in one day, but I'd love to have more time to really explore. Someday!
Posted by Natalie Whipple at 6:49 AM

Labels: My Agent, My Life, Ninjas